*All the Info below is directly quoted from The University of Connecticut Department of Molecular and Cell Biology Pathogenic Microbiology website! The link to the site is below*

Y. pestis is the causative agent of the systemic invasive infectious disease referred to as the plague. In the 14th century, the plague or “Black Death” was responsible for killing 25%, equating to nearly 25 million of the European population.(Uconn)

There are three forms of the plague that commonly occur worldwide: bubonic, septicemic, and pneumonic. Bubonic plague is easily diagnosed by the presence of extremely swollen and tender lymph glands called “buboes” that can grow to the size of an egg, and typically arise in the groin, neck and armpits. Disease becomes evident 2-6 days after infection, and carries symptoms such as high fevers, chills, headache, and extreme exhaustion. One nasty side effect is the development of gangrene in the extremities, lending it the name “Black Death”. Bacteremia and death from Gram-negative induced shock occurs in 40-60% of untreated cases, while only 1-10% of treated cases are lethal. Septicemic plague often develops secondarily to bubonic plague, and is a result of direct invasion of the bloodstream without involvement of the lymph nodes. Due to the lack of buboes, symptoms generally resemble the flu and make diagnosis difficult. In severe cases, seizure and shock can take place. Death rates for this form are 40% for treated cases and 100% for untreated cases. The most serious form of infection is the pneumonic plague, which is 100% lethal if not treated within the first 24 hours. This mode of infection is the result of inhaled droplets of infectious material that proceed to directly colonize the lung tissue. Symptoms, on top of those found in the other two forms, include a severe cough, bloody sputum, chest pains, confusion, cyanosis, shock and eventual death.(Uconn)

Y. pestis  is a Gram-negative, bipolar-staining coccobacillus member of the Enterobacteriaceae family, and is an obligate intracellular pathogen that must be contained within the blood to survive. It is also a fermentative, motile organism that produces a thick anti-phagocytic slime layer in its path (Uconn)

The primary carriers of the pathogen are the Oriental rat flea,Xenopsylla cheopis, and infected rodents. The path of transmission to humans usually involves a flea feeding on an infected rodent and becoming a carrier of infection. Once internalized, the bacteria will continue to reproduce until a large blockage is formed in the midgut of the flea, causing digestion and other gastrointestinal functions to cease. When the flea attempts to feed on humans, the blockage inhibits any blood from entering the stomach cavity; instead, portions of the blockage, often containing 11,000-24,000 bacilli, are regurgitated into the mammalian host.(Uconn)

All of the above listed information was taken directly from this site: http://web.uconn.edu/mcbstaff/graf/Student%20presentations/Y.%20pestis/Yersinia%20pestis.html

References on their site: 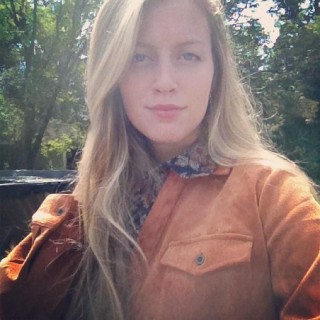 I am a recent graduate from MCLA, which is a liberal arts college located in the beautiful Berkshires of western Massachusetts. I studied Biology with a pre- medical concentration. I find great interest in microbiology, epidemiology and pathology. The curious lives of bacteria and how they can affect a population so greatly as well as take a life so efficiently is mind blowing. The majority of my family & friends don't love listening to me blab about bacteria and other morbid things so I thought I would start a blog. Welcome to my page!

Diseases in the News